It never had a name. It was called Mousemaze cause it is an actual 'rat in the maze' search algorithm. One such algorithm can be found here. https://algorithms.tutorialhorizon.com/backtracking-rat-in-a-maze-puzzle/

It uses the 'breadcrumb' scheme to find it's way back to remember any turns it made. The breadcrumb positions are loaded onto a stack and are popped off as it backtracks. It searches the entire maze one time. It has the added ability to turn 8 directions whereas most of these algorithms only turn 4.

I'm publishing an update cause it now has a game play theme, so the name will be changed to 'Dragon's Back' on the next release.

I'm still trying to figure out the game play. So far it goes like this...

After you get 20 gems, you can 'ride the Dragon's Back'. You must touch the dragon in order to jump into a target that raises in the middle of the maze.

After you make it in the target, an exit will raise and the target will lower to let you out so you can  make it to the exit.

The dragon also consumes the gems. If you run out of gems you can still finish it by avoiding the dragon. I have not really figured out a good scoring scheme for it yet.

Issues: Sometimes you land where you can't move cause the dragon has it blocked. I am trying to think of a way to get you out of that. Of course you can always just wait the dragon out. But if you get stuck early,  the wait messes up the flow of the game.  So I'm working on an escape for the player.  The maze is randomly generated. Every once in a while it creates a maze that either blocks you or the dragon. It still scores you escape points though. I'm working on it.

The zoom bar was added for mobile devices, but I left it in the PC version for no good reason. It zooms on a curve and has very fine control as you get closer to the floor of the maze.

Actually, it needs a rewrite so bad, that there are a lot of things that didn't get taken care of and I just got tired of messing around with a program with bad structure. The next version will have some kind of levels in it will cost a couple bucks.

A vid of the bot doing a couple of full maze runs.

I had a problem with adding buttons to the mobile builds. So the buttons for different views are not available in the mobile versions. It is the reason i gave up on this version and am starting a new one from scratch soon.

D and F are left and right

The arrow keys work by default, but I have not tuned em, so they are very inaccurate and too fast.

Thanks to the Unity contributors for the assets that I used.

It was constructed using many snippets found in the Unity API references, Unity forums, and Stackoverflow. I kept all the objects as simple geometries just for development purposes. It is my first Unity project.

The GDWC2 years ago

Very cool looking game! The graphics and the sounds are really top level. However, this also means that the game doesn't necessarily run that well on browser. Oh, and the gameplay itself is nice too.

If you're interested, you could enter our Game Development World Championship with either this or some other project!

Thank you. That was a cool tip.  I moved the menu to suit a lower resolution and reset the viewport so reflect that. Muchly appreciated. And thank you for the complements.

Reply
The GDWC2 years ago 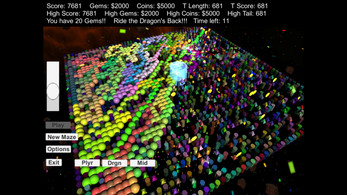 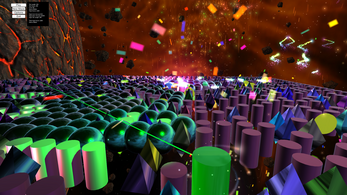 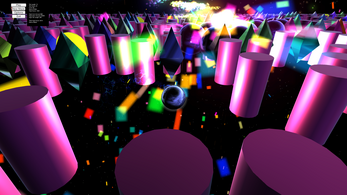 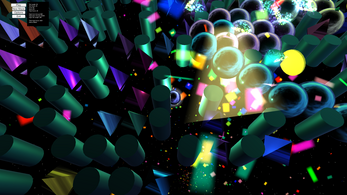 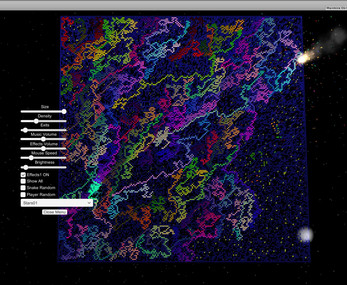